Why Choose PHP Language as Your Web Development? 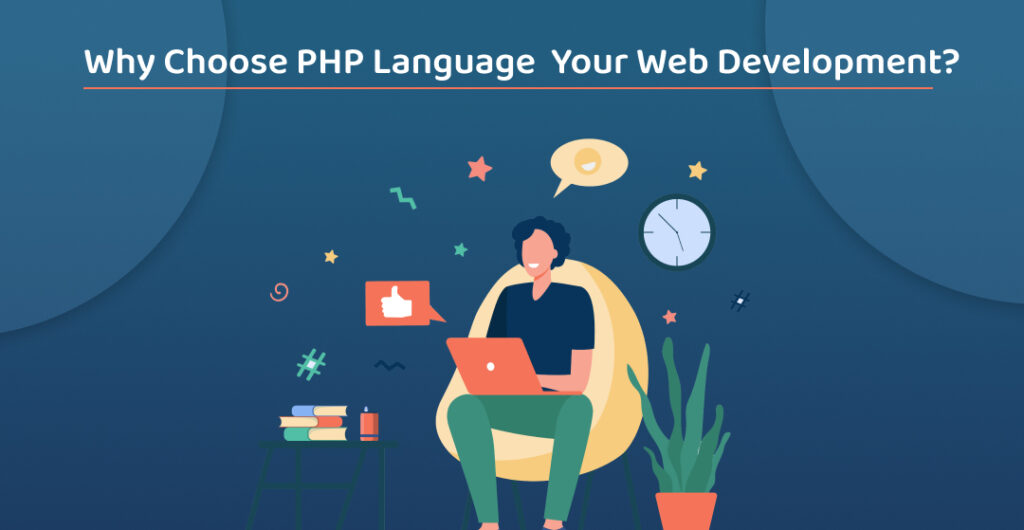 Technologies are developing at the speed of light. Technology is advancing considerably too quickly now compared to earlier times. The Internet is one of the most critical resources for instantly finding any information. Websites are information sources on the internet. In addition, various programming languages are used to create websites. It is challenging to choose the ideal programming language for web development among the many options accessible. In this piece, I will outline the benefits of one such programming language, PHP, and how it excels above other languages in several ways.

#1 It’s a Language with Open Source

The PHP programming language’s availability to web developers for free is one of its key benefits. It operates on the web server since it is run on the server side. Thanks to the open-source feature, PHP developers of top PHP development companies may quickly learn about the scripting code via web platforms.

#2 Utilizing It Is Simple

PHP also has the benefit of being simple to use. The PHP programming language has a very readable and dependable syntax for developers. In-depth documentation of the many features included with the core distributions is also included. Additionally, it significantly reduces learning time for inexperienced and experienced PHP developers. This capability also makes this language popular as a prototype method for creating web-based applications.

The syntax can be easily decoded, making it simple to change PHP programmes. In other words, PHP can indeed be used to construct websites quickly. This feature of the PHP programming language enables web designers to turn their websites into sophisticated applications. This programming language’s open-source characteristic enables continuous and low-cost incorporation of cutting-edge features. The cherry on top is that other developers may do any further PHP code maintenance. Thus the team that developed the website is not required.

Since PHP is now the language of choice for web development, many only and offline resources are accessible. The most significant aspect is that these materials are freely available and come in a broad range. You may learn from various developers who use the PHP language since there is a sizable PHP community.

The fact that PHP is a free programming language is another factor contributing to its popularity among web developers. The use of a programming language by web developers does not need any such licensing costs. The PHP programming language’s source code is accessible for free and distributed under a General Public License. Additionally, the globe community ultimately contributes to improvements in its operation. It takes little time and efforts to enhance the capability of the language since there are many PHP-based online solutions whose practical use has been extensively examined.

Because PHP is a somewhat object-oriented programming language, scripts may be reused when creating new websites. Once again, using PHP scripting scripts helps developers save a lot of time. Additionally, various PHP frameworks, including Laravel, WordPress, Symfony, and others, are available to developers for web development. Every PHP framework offers a variety of functional capabilities that help to secure and expedite the process of building websites. Because of its inherent solid qualities, this computer language is also helpful for extracting HTML.

The PHP programming language can run on various operating systems, including Linux, Windows, macOS, etc. Additionally, it effortlessly supports a variety of servers (including Tornado, Apache, and Netscape) and databases (including MongoDB, MySQL, etc.). It is one of the best reasons PHP performs better than other languages for developing cross-platform websites. PHP is compatible with HTML but also integrates well with XML, JavaScript, and several other computer languages.

PHP language is a popular programming language among developers worldwide because of its versatility. As a result, it has become an incredible supplier of hosting services. The PHP programming language is effectively supported by all dependable web hosting service providers in their website host services. Typically, cheap hosting packages that provide free web hosting or reasonable plans with unlimited resource requirements include PHP language support.

The speed at which a website loads is crucial in the current and fast-paced digital environment. Human attention spans are typically just 6 to 8 seconds, but if a website doesn’t load in this time, a Google user will undoubtedly go on to the next one. Google consumers should expect shorter response times on websites created with PHP due to improved data processing capability. PHP web development was first developed for running dynamic web pages for an extended period. More than any other programming language, PHP scripts assist in addressing web development challenges considerably more quickly.  Developers may soon convert the static website code that is now on a website into dynamic code by simply embedding PHP code in HTML. All that is necessary is to include PHP code in the HTML. Thanks to its exception characteristics, PHP is a well-liked language for creating tasteful, feature-rich websites that work with HTML coding.

Compared to other programming languages, the time needed to construct websites using PHP is much shorter. With the PHP programming language, even the most complex applications may be run in a flash. It implies that cutting down on web development time results in significant cost savings for building websites.

In summary, it can be said that PHP is a capable programming language for creating feature-rich websites while requiring less time and money from developers. Are you prepared to establish your company website to attract more clients and visitors?