Understanding The Difference Between PCB Prototyping And Full Spec Production 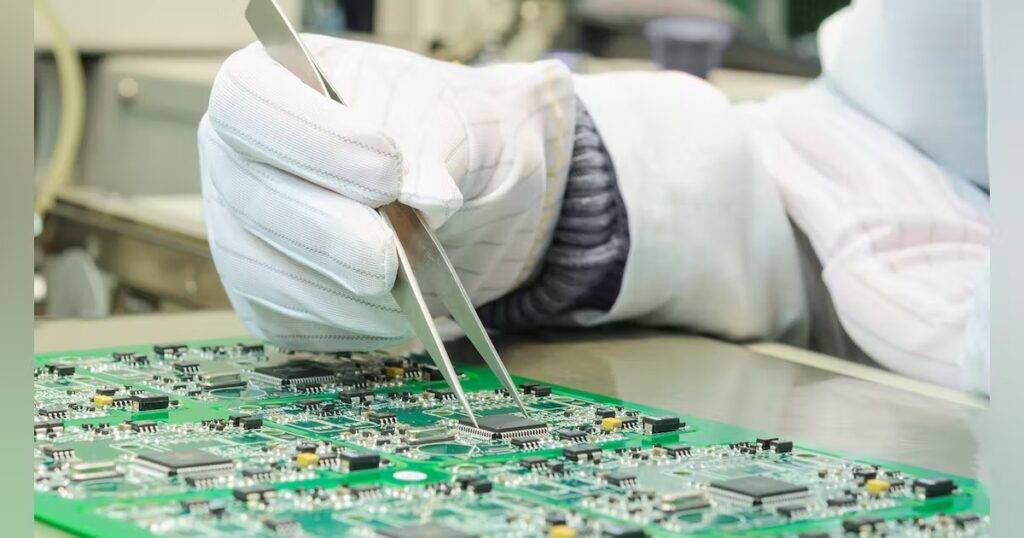 Eminent Printed Circuit Board (PCB) manufacturers are there that are doing a phenomenal job. They do offer different types of services like PCB prototyping, full stack or standard PCB production.  You can find different features in the pcb design board in the present time and it is getting better with every passing year.

You know what, in the past, technological barriers forced engineers to simply restrict or limit their PCB design to single or two-layer boards. However, with advancement in technology and even needs of the marketplace, creating multi-layer boards having more than 6 layers is the norm, and seems inclined to use boards having the higher level of density and smaller SMD components to remain competitive.

The point is engineers have to prove their concept with their overall design first before they simply commit the PCB design to mass production. This stage or level of design and manufacturing demands a concept that the electronic industry identifies as prototypes. At this stage the engineers demand a small batch of roughly ten boards made to the overall same standards and finish as that demanded by the final production boards.

For most of the PCB manufacturers this demand is not cost-effective. It is because the work essential for setting up the production sequence to make simply 1-10 prototypes needs the same labour-intensive steps that a quantity of 1-10000 would.

Nearly any electronic product demands a PCB to hold the electronic components in place and simply offer the electrical interconnections between them to enable the circuit to function as the designer means. During the design process, the engineer should definitely arrive at a cost-effective technique to achieve the desired functionality. It could even be necessary for the designer to select the most apt material for the PCB, and prepare a Bill of Materials (BOM) for all the different components that are essential to make up the entire product.

At this stage, the OEM requires a qualified PCB manufacturer with whom they can simply discuss the requirements for the PCB materials and even its manufacturing process. Both require to follow the procedure of Design for Manufacturing (DFM) so that the final PCB is going to function as intended. To do such a thing, the manufacturer should definitely be capable of offering a few prototype boards to the engineer to prove their overall design concept.

Engineers typically make use of prototype pcbs to iron out any sort of the design problems and improve the whole process for enhancing the product performance. However, you should also remember that they cannot proceed quite far into this process unless they have proper pcbs that they can prove to be effective and powerful. Here the manufacturers do assist them with prototype type of pcbs.

Prototyping includes forming pcbs in a small batch making use of the same materials that the final boards are going to use. Using prototypes, oems make sure that their design works as they intend, and they can simply assess if it is worth doing a full standard production run. The prototyping stage undergoes a fast but limited sort of cycle so that the boards undergo a full inspection and test. Engineers make use of the prototyping stage for working out any sort of bends in their board design before they invest in huge sized production runs. For designs that begin from scratch, engineers prefer to simply go through the prototype PCB stage.

PCB Prototyping perks for you

In the realm of pcb manufacturing, PCB prototypes simply aid in speeding up the process of developing a PCB design via overall visual assistance, complete testing, and even minimising the amount of rework required. Prototyping gets rid of guesswork by simply enabling engineers to swiftly and accurately identify the issues or problems.

Once the engineering or professionals and design team are satisfied that the basic prototypes are somewhat working to their expectations, they can simply go for or opt to make enhancements to the design to enhance the overall efficiency. Full spec production simply means that the team is making the real board that will get used in your applications.

Actually, when the OEM has established that the basic prototype boards are absolutely working to their satisfaction, they can simply make up their mind or decide to enhance the design to encompass a higher level of functionality. They could even incorporate changes that may be essential to the basic design to make it more efficient. Engineers mostly take up a little longer to test this final stage, as otherwise, they might simply end up wasting a lot of time and money for removing potential errors.

Standard PCB production is something that offers a better level of severe production tolerances coupled with more advanced options. For instance, the Rush PCB standard PCB encompasses free design for manufacturing (DFM) checking for detecting possible problems that could reduce the quality of the PCB.

Speaking of the perks of this type of system, in case there is already an existing design in place to work from and you simply have determined that it is fine for use, numerous preliminary tests are not required to get performed. Instead, you can easily go ahead and make use of high-end materials to simply form up the boards. This gives you numerous types of options to select from. You may also join advanced features.

Prototype or No Prototype

Some oems are there who may feel prototyping adds unnecessary cost to the overall product or it may result in longer time to simply market. Even when in a rush, it makes sense to include in prototyping, as prototyping is critical to a successful, smooth production run.

As no two types of products are the same, oems can have a flexible type of approach to making prototype pcbs. What an OEM needs from prototyping services depends on what they are trying to simply accomplish. For instance, a product under development from the beginning can present a more serious set of challenges than simply making small adjustments to an existing one does.

To sum up, the embedded system development is on the rise and there are new things emerging every other month. So, making the most of the right things is the best thing you can do.