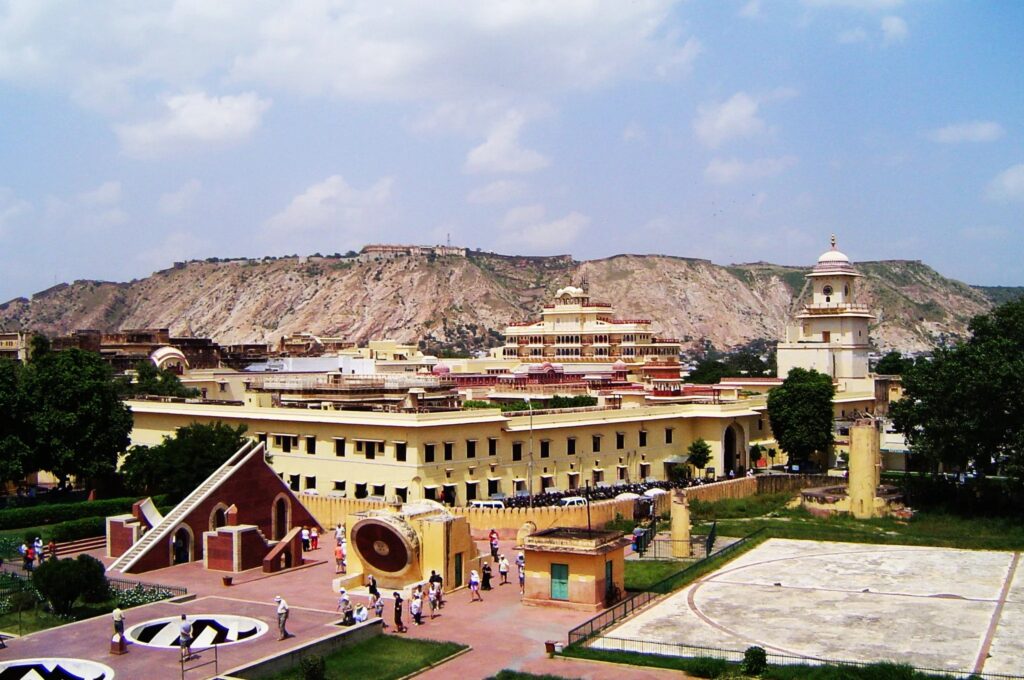 Visitors must visit the Golden Triangle, which is made up of three popular tourist spots in India. When these three cities—Delhi, Agra, and Jaipur—are displayed on a map, they almost perfectly form an equilateral triangle. No, these three cities are not just well-known tourist destinations in the subcontinent because of their natural beauty and favorable climate.

Remarkable Places to Include in Golden Triangle Tour Packages

These three cities, which range from the Mughal Sultanate’s headquarters in Agra and Delhi to the bastions of the Hindu Rajput Kingdom in Jaipur, represent the entirety of India’s rich cultural past. Moreover, the famed Taj Mahal is close by. There are many of tourist sites to view along the Golden Triangle, from the Red Fort to Chandni Chowk, Amber Fort to Hawa Mahal.

One of Delhi’s best places to consume street food is Chandni Chowk, also known as Moonlight Square, which is a must-visit. This neighborhood is particularly well-known for its paranthas and tikkas, but it also features amazing street fashion shops, old streets, and residences for a whole experience. The name comes from the way the canals in this area reflect the moonlight at night. Silverware, jewelry, lanterns, shawls, suits, and sarees are the best bargains here (after much negotiating and bartering)! The stunning photographs of Delhi life on the streets are captured here by street photographers from all around the world.

Delhi’s Agrasen ki Baoli is a magnificent step-well that was expertly crafted with such precision that it makes you feel as though you are in a symmetrical paradise. Many people are familiar with it since a big portion of the Indian film PK was filmed on its stairs. It is near Connaught Place, 60 meters deep, and 15 meters wide. The Baoli was constructed in the 14th century CE and was a favorite among travelers. It is believed that the Agarwal population from Gujarat or Rajasthan is responsible for its construction.

Angoori Bagh is a component of the Agra Fort, yet it is so beautifully constructed and maintained that it deserves to be included alone as a tourist attraction. The garden’s four gigantic structures are contained in the Khas Mahal, which was constructed by none other than Shah Jahan. The passageways were embellished with paintings and gilded marble walls, and the gardens were originally used to grow grape vines (hence the term “angoori”). The area is transformed into nothing less than a resort when spacious hamams are added. Go see the daily struggles that the Mughals faced.

Itimad-ud-Daulah Tomb in Agra, which later served as a model for the Taj Mahal’s construction, is frequently referred to as the “baby Taj Mahal.” Itimad-ud-Daulah was a Shah Jahan minister and a former Mir Gheyas Beg, and Noor Jahan gave the order for his mausoleum. This monument introduced a completely new era of design being the first to use pietra dura. It was built using a tasteful fusion of Indo-Islamic and Mughal architecture.

An exhibition of 19 pieces of astronomical equipment is housed in the Jaipur landmark known as Jantar Mantar. It is a product of the philosophy and science of the 18th century and was built by Sawai Jai Singh. The majority of the apparatus at Jantar Mantar, which also houses the biggest stone sundial in the world, is still used to study astronomical motions in the sky. Its name, which has Sanskrit roots and literally translates to “Instrument that Calculates,” was given to it. Normally, tourists don’t go to Jantar Mantar, but you should include it in your Jaipur sightseeing tour packages because it has its own charm that you simply can’t miss.

The Hawa Mahal is nearby, and this building is on the UNESCO World Heritage List. To fully comprehend how architecture and science combined to create this vivid memory of India’s history, it must be seen.

In Jaipur, make sure to see Panna Meena ka Kund. It is a step well, or baoli, that served as a common gathering spot for the populace. Octagonal gazebos, symmetrical steps that are arranged in a crisscross pattern and wonderfully crafted doors make up the entirety of the building’s 16th-century design. For obvious reasons, this place is a favorite among photographers and anyone who likes architecture and history.

Why work from Mountains here to stay?

Top 10 Things to Do When Visiting Dallas