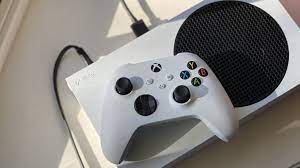 The new generation of consoles is about to start. It will do so on November 10 with two new Microsoft machines: the Xbox Series X, of which we bring you the analysis today thanks to the unit that the company has sent us for it, and the cheaper Xbox Series S.

It has been a strange generation, the current one. From the usual six or seven-year cycle between a console and its successor, we have gone on to see how companies launched more powerful machines in the middle of the journey.

Things, as I was saying, got strange for what the video game industry was used to. These movements were aptly compared to the launch of mobile devices, a terrain where variations of existing models are constantly emerging. No more spending six years without new consoles, whether completely new or intermediate models.

The Xbox revolution: the amazing evolution of Microsoft from the release of Xbox One to the launch of Xbox Series X

It was such a mess to say that the start of this generation is marked by everything we have experienced during the last seven years. From the outset, Microsoft will put two different models on sale: one designed for the player who wants the latest in technology and power, the Xbox Series X, and another, the Xbox Series S,

which comes without a disc player and is focused on a less demanding player profile that, in any case, is looking for a new generation machine that is more powerful than the current ones.

We’ll start by taking a look at the technical specifications of the Xbox Series X. These are:

Beyond the teraflops or the cores, what makes the big difference between this console and previous generation models is the internal SSD-type disk. This is something that has been repeated by developers since the specifications were released and they were able to talk about it, and it is true.

A reduction in loading times, in general, is an improvement in our quality of life as gamers.

Obviously, both the CPU and the GPU included in the Xbox Series X are going to allow the games to look better than ever,

but where the generation jump is especially noticeable is in the speed that is achieved thanks to the Xbox Velocity architecture, which is not more than the result of combining the SSD with the CPU and the integrated software itself.

Let’s take a look at the Xbox Series X specs compared to Xbox One X to begin to understand the jump a bit better:

A reduction in loading times, in general, is an improvement in our quality of life as gamers. During the days in which I have been testing the console to analyze it, what I have appreciated the most is undoubtedly the comfort that Xbox Velocity offers.

Those of you who are used to using an SSD-type drive on a PC already know what I’m talking about, and those of you who come from an Xbox One in any of its variants will notice the difference from the first moment.

This is how long it takes for the Xbox Series X to turn on compared to the Xbox One X from the moment we press the button until we enter the console menu: news agency