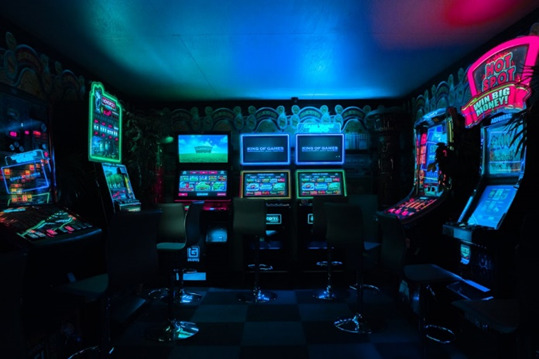 Addictive games, this is not just a word. Some games are so good that the gamers become addicted to them and love playing those games repeatedly. If you are in the office or your comfort zone, you can not stop playing these ten games.

The first game on the list is Overwatch, a first-person shooter developed by Blizzard. Competitive game modes allow players to use a broad array of characters and roles in fast-paced combat. The option to play as a cyborg ninja or a revolver-toting cowboy at any time makes this game so enjoyable and educational. It is possible to find something for everyone because of their wide range of gameplay options.

Choosing a character that resonates with you and mastering them might need time and effort. As we have previously stated, Overwatch is a highly competitive game that entices individuals who want intense ranked games between talented players.

Gamers become addicted to video games because they feel pleasure from the perceived accomplishment of progressing through the game. However, like other games today, Overwatch offers a leveling-up system that allows players to gain XP by playing games and unlocking crates that provide uncommon cosmetic goods. As of 2020, this game has more or equal to 10 million monthly players who are still striving to reach the top. Make sure you aren’t overdoing it when it comes to gaming.

Platformer addicts will find themselves lost in a universe reminiscent of 1930s cartoons. Avoid obstacles and projectiles, fire your way through foes, and reach the level’s boss at the end of each stage. The hours begin to pile up here as the player must master a variety of increasingly authoritarian attack patterns to take on these exceedingly tricky bosses. A devilish final boss must be defeated without being struck three times before the game’s final battle. Otherwise, the players will have to start from the beginning again.

This game’s sheer difficulty drew so many players to devote so much time to it. It’s also possible to get three stars in a level by finishing it in the allotted time and without making any mistakes. This is an additional challenge for people who find the game too simple.

There’s a lot more to Cuphead’s addictiveness than meets the eye. The sense of accomplishment we experience after finishing a level might hurt our view of achievement. The brain’s reward system is a powerful tool that may help us reach long-term objectives and victories as human beings. Because they have overcome adversity in their lives, they are seen as successful. There’s an issue, too, in that many video games provide us a quick fix to these euphoric highs, distorting our capacity to stay motivated for the long haul.

It is not so uncommon for video game addicts to experience a lack of drive due to their demand for immediate satisfaction. Treatment for gaming addiction will be discussed later, but first, you should recognize that you may have a problem if you feel that video games prevent you from reaching your full potential.

Warzone mode lets players obtain and deploy powerful gear in a large-scale team-versus-team scenario with opponent AI. But if you’re more interested in multiplayer than single-player, Halo 5: Guardians is the game for you since it offers plenty of exciting options for players of all skill levels.

A lot better than when it initially arrived, the Xbox One port of Playerunknown “s Battleground is still in need of more polishing. If you haven’t already, you need to check out PUBG or PlayerUnknown’s Battlegrounds, as it’s called. To win, all 100 players have to fight it out on a vast island until the last person is left standing.

PUBG and Fortnite have similar game mechanics, but PUBG emphasizes realism in its weaponry, making for a more challenging game. The playing space is getting smaller and smaller while the players are getting closer and closer to one other. Ultimately, the title of a champion can only be achieved by one individual or one team.

This generation’s Frogger is Crossy Road. Take a chicken, jump it across highways and streams, and avoid being struck by automobiles or falling into the water. Said it’s a blast for the whole family to play with. In addition, the controls are easy to use. Even if you have an Android TV, you can play this. Various characters may be unlocked for free or by making in-app purchases. In addition, there is a Disney version of Crossy Road. Online and local multiplayer options to have a good time with your pals. It’s one of the most addicting games for families, and you may play it for hours without even realizing it.

In Pizza Ninja Mania, you must use your hand to separate the pizza components into two. Seeing this game for the first time is peaceful. There is a pleasing sound made each time an ingredient is divided. As a result, the game is wonderfully tranquil. The component might be anything from a piece of cheese to a tomato.

Relax and unwind with this game from the well-known website playing it. Having fun with this game is a beautiful way to relax while in the office. Players commonly claim the health advantages of this game. Unlimited Gamez Mo Reviews can lead you to a better decision.

You may improve your equipment and level up your character by capturing more monsters. Monster Hunter: World’s primary gameplay loop is simple, but the sheer variety of creatures to hunt and tactics to employ will keep you entertained for a long time.

One of the most popular action-adventure games of 2018 has been this one. Zen-like patience, a love of tranquil environments, and a keen eye for detail are prerequisites for enjoying this game. The game’s storyline alone clocks in at over 60 hours of gameplay. With its free-roaming abilities, hundreds of sidequests, favors, and interactions, this game can take a long time to complete!

Red Dead Redemption 2 has to meet a slew of criteria for addictiveness to make our list. A score of 41.2 or higher on the Greenfield Video Game Addiction Test, taken by study participants, indicates a significant risk of video game addiction. The game’s fascinating new universe feeds people’s need for escape. Various in-game incentives and milestones are available to entice the game’s completionists. Finally, a month after its original release, Red Dead 2’s multiplayer adds a complete package.

Minecraft takes the top rank on our list of the most addicting games. If you’ve read the survey described above, you’ll be startled to see that Minecraft came out on top, just narrowly, with a score of 37.9. In Minecraft, many of the addictive aspects of other video games may be found. If you want to play with your friends, there are enormous multiplayer servers that allow you to do so and a possible ending for the ender dragon and adventure maps created by other people.

Minecraft’s openness and encouragement of creation are the most addicting aspects of the game. You may mine, craft, and create practically anything in the game. To encourage players to go beyond the boundaries set by the developers, the game’s simple and brilliant coding has allowed them to do so. For example, players may create their servers with custom minigames and employ mod packs that add new landscapes, animals, and stuff to the world of Minecraft. They may develop elaborate towns and structures for exploration, or they can take their skills to the next level in PvP and speedrunning. Minecraft has risen to the top of the most addicting Xbox games list because of its infinite possibilities.

When it comes to deciding what to do, this game relies solely on the player’s imagination, so it’s so appealing to youngsters. With so much to do and explore in Minecraft, it’s little wonder so many players devote so much time and effort to the game’s many objectives.

These are the ten most addictive games that must be banned in offices as addicts are everywhere. If you have some other games list on your mind, do not forget to share with us in the comment box.